A kind brother who recommended me :)

One day I received a nice e-mail from Lynda which said that her brother recommended me to guide them around Budapest’s jewish sights as they enjoyed my Jewish tour so much last summer. So we started to e-mail and get to know each other more and more and finally we set the date. Already after the first e-mail I felt that she is one of the loveliest ladies I will ever meet.

The day finally came on the 12th of July and when I went to pick them up at their hotel in the morning, I could hear a very nice voice which I immediately recognised! I straight away knew that was her. We hugged each other and after being introduced to her husband, Mike and their friends, Larraine and Clive we set off to explore the 7th district.

First we started at the Great Synagogue, where I guided them around and learnt about the Golden Age of the once 2nd largest Jewish community of Europe, yet I also had to introduce them to the horrible years of the Jewish Holocaust by going through the cemetery and visiting the Wallenberg Memorial Park with the beautiful and touching Weeping Willow Tree.

Very soon after we left, we bumped into the most courageous jew saver’s monument who the World simply forgot and had to die without being acknowledged at all. This is kind of 1 of my missions to let all my tourists know about him, to remember and to reach that one day everybody will know who is Carl Lutz!

Our next stop was the Orthodox Synagogue which we didn’t just visit inside but also explored the behind scenes of the building where everybody got remarried 🙂 under the oldest hüpe of whole Hungary that survived all the past 100 years’ of trials. 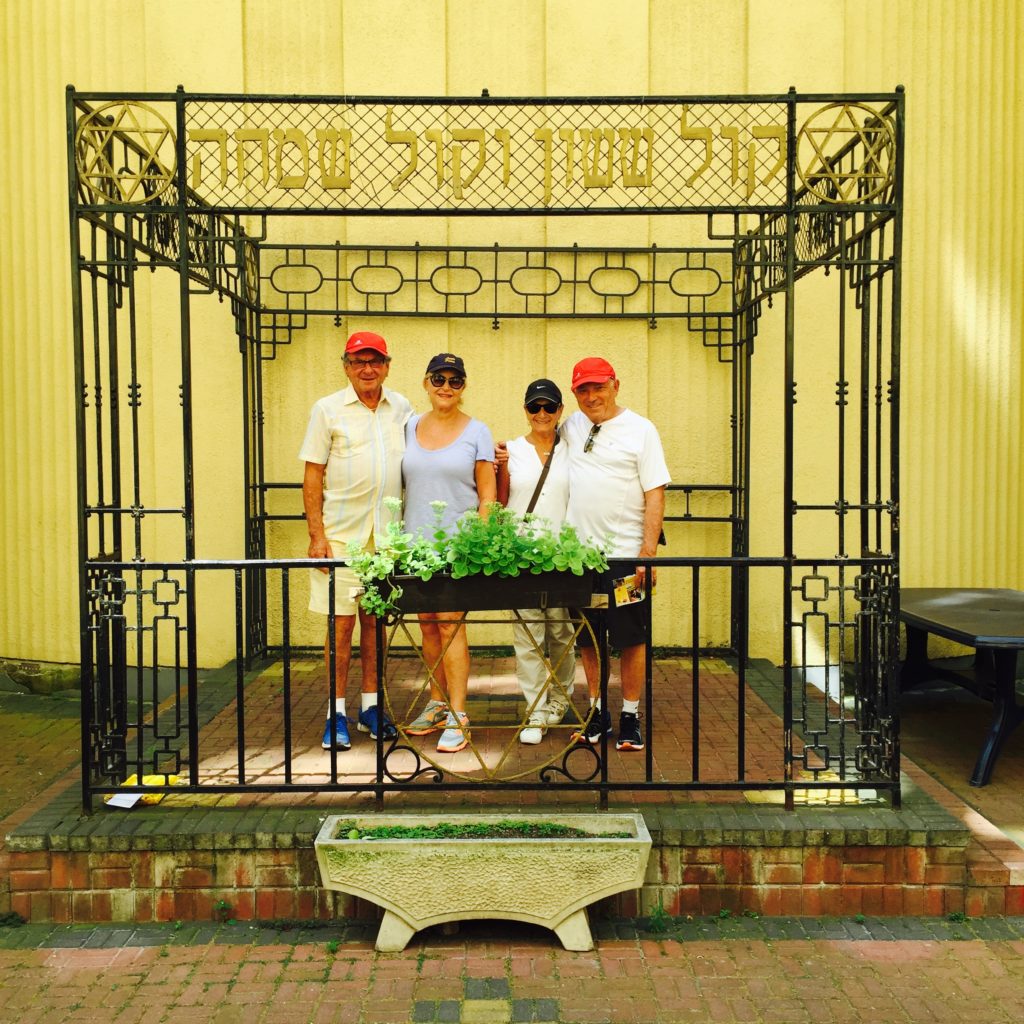 To treat ourselves next we popped into the only existing kosher pastry shop to try the typical Hungarian jewish pastry that nobody on Earth can resist to.

Last but not least we also payed our respect to all the victims of the former Budapest Great Ghetto by visiting the last standing segment of the original wall. 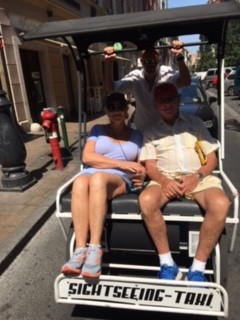 I don’t think I even have to mention that after such a long tour we all got hungry, but because the most legendary traditional restaurant is very well hidden and is outside the centre, finally we took a fun rickshaw ride. 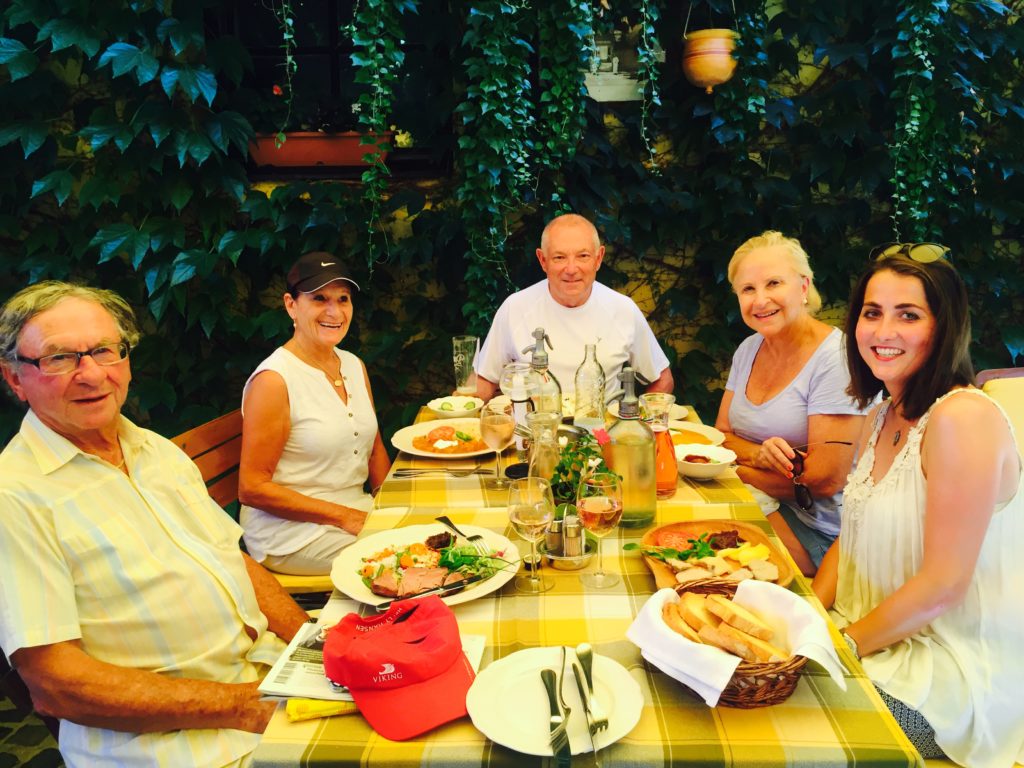 I am very happy that I had the chance to host and guide these 2 couples from South Africa, and very much feel thankful to them for being such a curious audience.

Hope to see you all again Lynda, Larraine, Mike and Clive! 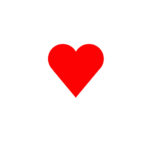