What Happened to Stalin’s Boots?

We have found the answer to the above and many more questions on CurioCity’s Communist Tour with Lydya. The two of us had a great time as we followed the route of the freedom fighters of the 1956 revolution. 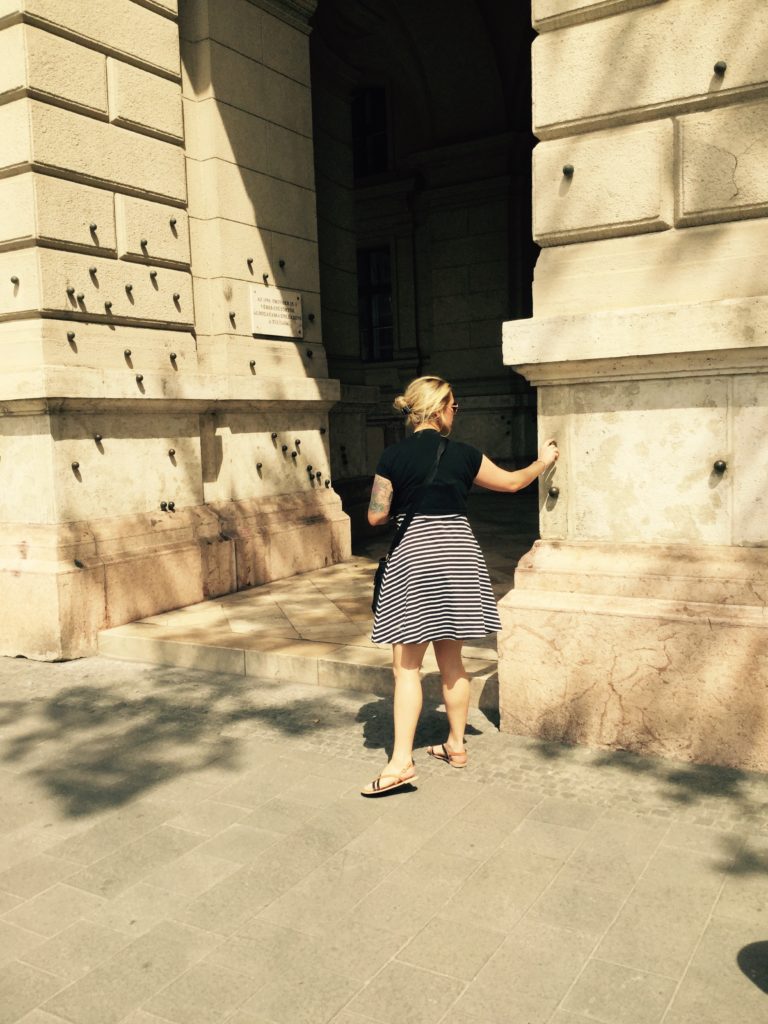 Lydya is observing the memorial symbolizing the bullets that were shot during a peaceful demonstration on Kossuth Square by the Parliament, and caused the loss of many innocent lives. 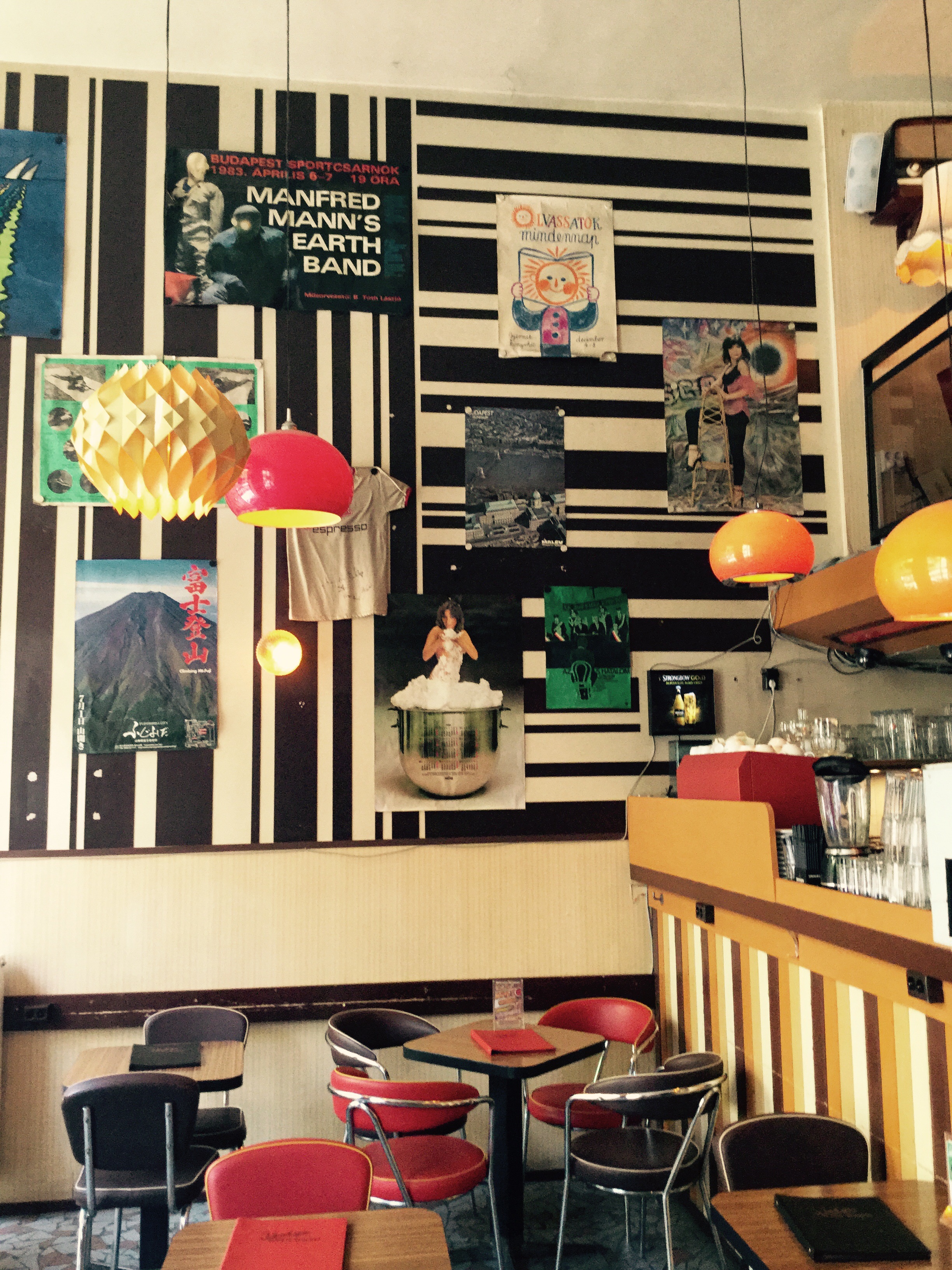 We also had a taste of the esthetics of the socialist times admiring the interieur of a retro pub in the Fifth District. 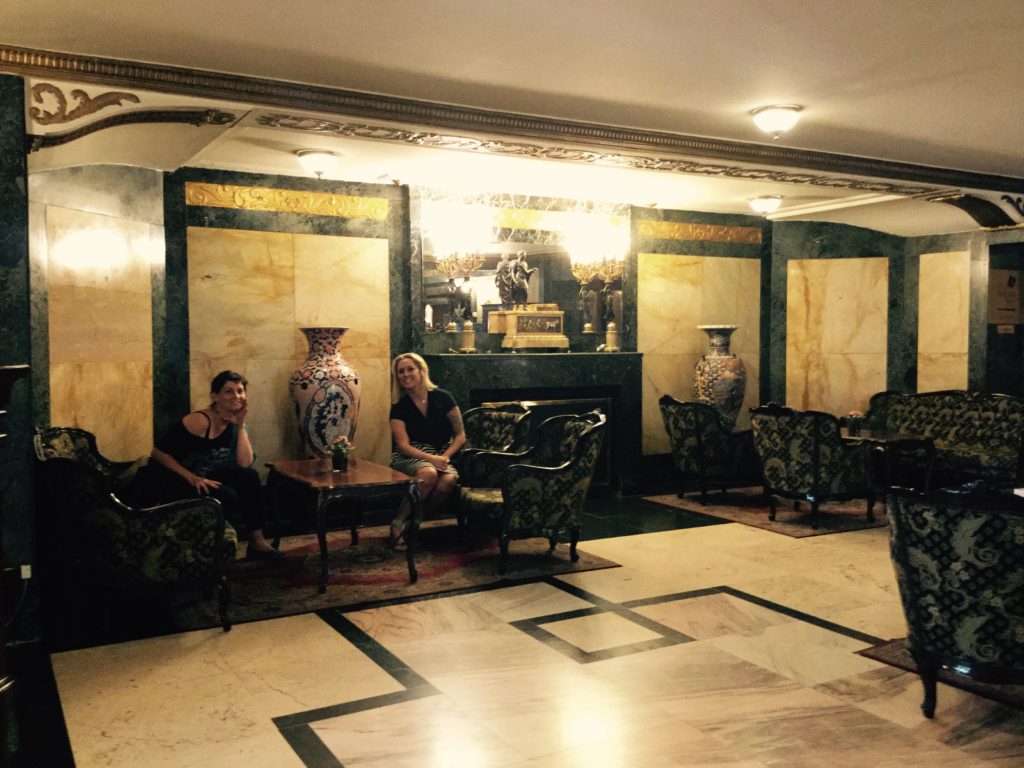 In Hotel Astoria that had a significant role in just about every regime from the beginning of the 1900’s, let it be the few month of Council Republic in 1919, or the Nazi Regime during the second World War, or the Communist Era that followed afterwards.

It’s time to chill out and have a drink on this sunny day at the very pleasant garden of  Károlyi Kert.

We also walked around the park and I told about Károly (Charles in Hungarian) who was the bunny of the park, taken in a few years ago as someone abandoned him here after Easter. Károly now has a statue in the park. 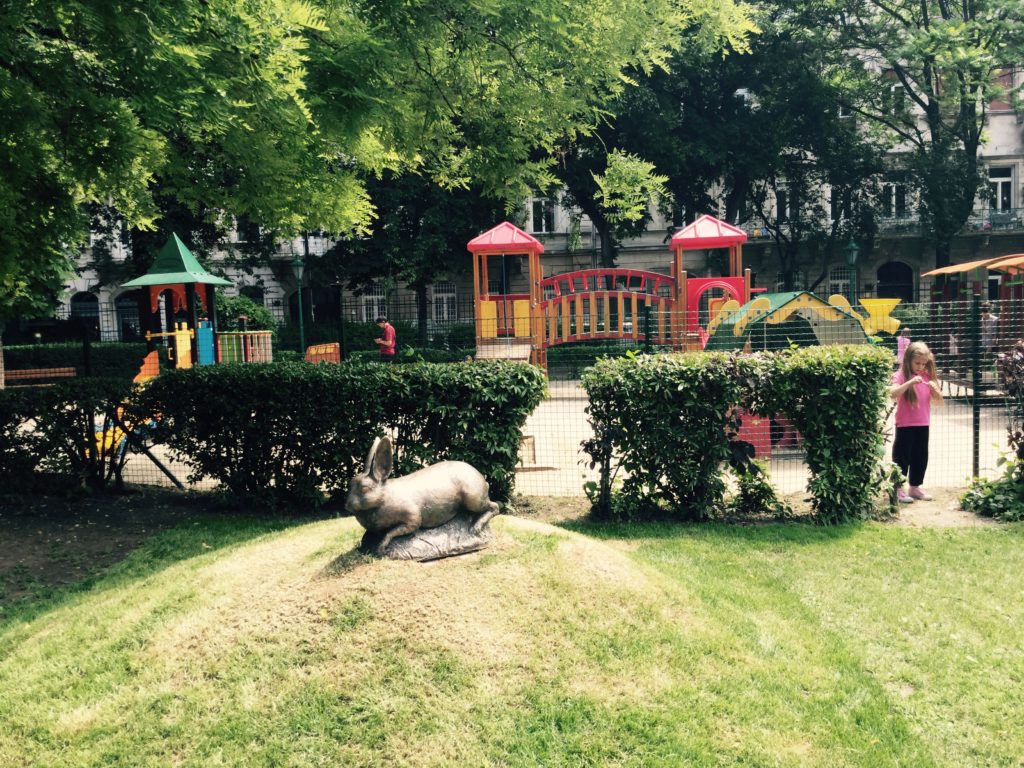 We had a great time together! Hope to meet you again Lydya!